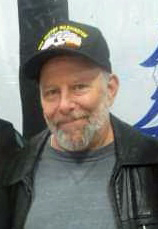 He was the loving husband of Cathy for 31 years. Adoring father of Tara (Blake) and Jessica (Cody). Cherished son of Duane (Barb). Caring brother of Brad and Duane (Cathy). He was preceded in death by his mother, Carol. Michael also leaves behind several stepsiblings, nieces, nephews, cousins, aunts, uncles, and friends.

Michael was born January 1st, 1964 in Flint, Michigan. At the young age of 20, he worked at the restaurant Bill Knapp’s, where he met his love of a lifetime, Cathy Ruwart. Later, they married and raised two kids of which were Michael’s biggest pride and joy. Michael was a man full of love and compassion, he had such a big heart, and was loved by many. Michael passed away unexpectedly in a motorcycle accident during his trip in Tennessee. Michael will be missed, but bikers never truly die, they just ride the clouds instead.