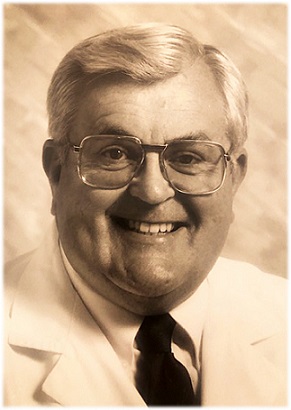 He leaves a legacy of love, life, Polish heritage, family and friends. Michael attended University of Detroit Jesuit, the University of Detroit, and Wayne State University Medical School. Michael was an obstetrician & gynecologist and practiced at Providence Hospital in Southfield, Macomb Hospital in Warren and McLaren Regional Hospital during the course of his more than 40-year career. Michael was responsible for bringing countless new lives into the world, including his own grandson Joseph, in 1999.

He was an officer and physician for the United States Navy, being stationed at the United States Naval Ammunition Depot, Crane, IN from 1964-1966. He was a past President and longstanding member of the National Medical and Dental Association, and an Ambassador of the Orchard Lake Schools.

Mike’s family will welcome family and friends on Sunday, October 20th, from 2:00pm until 6:30pm at McCabe Funeral Home, 31950 W. 12 Mile Rd., Farmington Hills. A Funeral Mass will take place on Monday, October 21st, at 10:00am at The Shrine Chapel of Our Lady of Orchard Lake, 3535 Indian Trail, West Bloomfield.