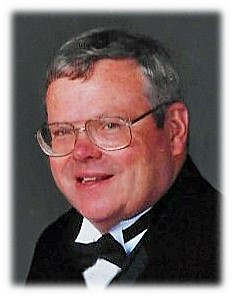 Anthony Joseph “Tony” Sarsfield, age 80 of Farmington Hills, passed away in the evening of May 13, 2020 at his home.

Tony was born in Pittsburgh, PA on October 7, 1939 to Anthony and Catherine Sarsfield, both Irish immigrants. Born and raised in Pittsburgh, he was a lifelong Steelers and Pirates fan. As a child he sold newspapers and programs at Forbes Field and loved sharing stories of the historic events he witnessed. Tony graduated in 1957 from Pittsburgh Central Catholic High School where he excelled at swimming long distance butterfly. He continued on to the University of Pittsburgh where he was a four-year letterman in swimming. Tony received a Bachelor’s in Engineering and Master of Business Administration (MBA) from the University of Pittsburgh.

Tony was married to Donna Kay (Bergh) on September 3, 1966 at the Heinz Chapel on the University of Pittsburgh campus; they were married 53 years.

Tony enjoyed following his Pittsburgh sports, NASCAR from his years of working at Roush Industries, and Farmington Hills Harrison Football where he remained a booster after his sons were members on championship teams in the 80’s and 90’s.

Tony is survived by his wife, Donna Kay, sons Christopher (Danielle) and Sean (Jessica), and his four Grandchildren River, Sierra, Brayden, and Finn.

In lieu of flowers memorial donations may be given to American Society for the Prevention of Cruelty to Animals or the Pitt Club.

There will not be a Michigan funeral service due to Covid-19.  A memorial for family members will be held in Pittsburgh at a later date.