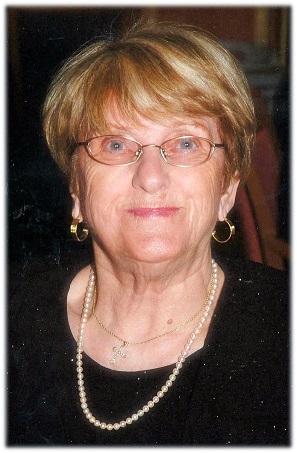 Mrs. Edith Belanger passed away Tuesday, November 3, 2020 in Jacksonville, Florida. Edith was born on June 13, 1930 to Hans and Josephine Gradwohl in Memmingen, Germany. In 1955, Edith relocated to the United States after marrying her husband, Raymond Belanger. Edith spent most of her adult life in Michigan, where she first lived in the Ferndale area and later relocated to the Canton area. In 2017 Edith moved to Jacksonville, Florida to be closer to some of her immediate family.

Edith valued hard work, and spent most of her career in corporate sales at Hudson’s Department Store, where she remained until her retirement. Edith maintained a robust social life, enjoying pinochle games with the ladies of St. John Neumann, bingo, bowling, and especially enjoyed teaching her grandchildren card and dice games. Until the very end, Edith was very competitive and gave her all to ensure victory no matter what. Edith was infamous for her meticulous appearance, and enjoyed preparing traditional German meals for her friends and family. A devout Catholic, Edith attended weekly mass at both St. John Neuman and St. Thomas a’Becket Catholic Churches in Canton, Michigan for most of her life.

Edith was predeceased by her husband, Raymond Belanger. She is survived by her two children, Sandy (Robert) Beeler and James Belanger, and two grandchildren, Amanda (Kyle) Kreshover and Adam (Katie) Pattock. She is also survived by 4 step-grandchildren, several great-grandchildren, a few siblings and several nieces and nephews.

The family kindly suggests that in lieu of flowers, contributions be made in Edith’s memory to her favorite charity: Gigi’s Playhouse of Houston, 1704 Seamist Dr., Ste. 400, Houston, TX 77008.

To ensure the safety of everyone, we kindly ask that all guests wear a mask and maintain proper social distancing while attending services.