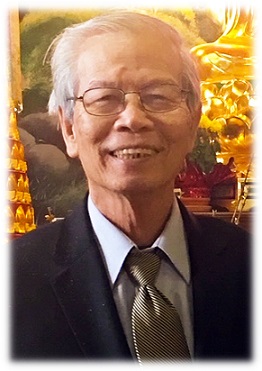 Tru Le was born in Hue, Vietnam on February 5th, 1944. He graduated from police academy in 1966. That same year, he married his lovely wife Cong Nguyen. In 1967 they had their first daughter. He served as Chief of Police from 1965 till 1975. During this time, he actively supported the United States Army during the Vietnam War. From 1975 to 1982, he went to a re-education camp as a POW after North Vietnam took over the South. In 1991, he moved to the United States and started a new job as Machine Operator in a factory.

Tru was a talented writer with good handwriting and loved to write poems. He had passion for gardening, landscaping, and growing all sorts of beautiful flowers around the house. Tru was well organized and liked to keep everything clean around the house and workplace. He enjoyed watching soccer and discussing current affairs. Tru loved having a full house when all his children and grandchildren would come to visit. He was a great father and would visit all his children often and join in on all the birthday parties and specials events. We love you Dad!