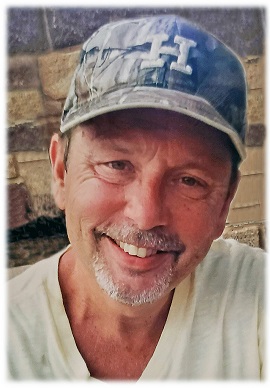 Dan was a graduate of Walled Lake Central High School’s Class of 1969. He honorably and proudly served our country as a corporal with the US Marine Corps during the Vietnam War. College followed, where Dan graduated with Business and Economics majors from Central Michigan University. He went on to have a prolific career spawning many decades in the machine tool industry, and anyone he ever interacted with could give you a story about one of their encounters.

All Dan ever wanted was for everyone around him to feel welcomed and have a good time. He was a conversationalist, a joke teller, an advice giver, and an all-around stand-up guy that would do anything for anyone. He was a very selfless man in every meaning, and generous to those who needed a hand. He was an eternal optimist and loyal in every manner– even when it came to the underperforming years for Detroit sports teams. His favorite hobbies were vacations, boating and swimming, golfing, bike riding, Sudoku puzzles, making memories with his family, and taking great pride in having a beautiful yard.

He was the beloved husband of Donna (Dickie) for 44 years. Loving father of Tim (Hilary), Erin (Kari Koivula) and Katherine (Devin) Feeney. Proud grandfather of Eleanor, Ira and Rowan, and with one more on the way. Dear brother of Fred (Christine Ceaser), the late Bob (Mary), Jim (Lorna), Mike, and Annie (Gary) Kuhn. Dan is also survived by many nieces and nephews.

Memorial donations in Dan’s name are appreciated to the Alzheimer’s Association.