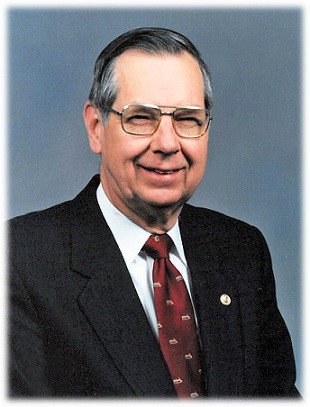 Tom graduated from Case Institute of Technology with a Bachelor of Science in Mechanical Engineering, Chrysler Institute with a Masters in Automotive Engineering and earned a Juris Doctor degree from Wayne State University Law School. He worked for Chrysler Corporation, but spent the majority of his working years as an Executive Engineer at Ford Motor Company.

Family was always a priority for Tom, so he became an active volunteer in the Redford Township Unicycle Club when his son David began the organization. He loved to travel, and church was important to him. He pursued family genealogy, was fully involved in older trucks and tractors (especially Fords) and enjoyed being a docent in the Detroit Urban Railway station at Greenmead Historical Village. He was an active member of FREE (Ford Retired Executive Engineers) and the Indian Trails Investment Club. He never saw an animal he didn’t love.