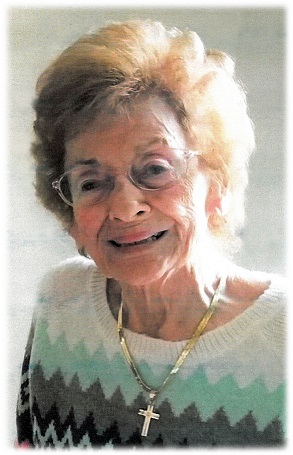 Catherine Ann Frezza was born in Casalvieri, Italy on August 26, 1920, to Paolo and Maria Frezza. When she was only three months old, her family immigrated to the United States of America, then first moving to Detroit and later settling in Birmingham, Michigan, where Catherine graduated from Birmingham High School in 1940. On November 21, 1942, Catherine married the love of her life, Stephen Bodak, and the lovely couple bought a home in Berkley, Michigan, where they raised their three children. The family later moved to California in 1959 where they lived for 56 years, moving back to Michigan in 2015. Catherine was employed at several banks but ended her working career at Gallo Wine Company in 1979 after 17 years of dedication.

Some of Catherine’s favorite memories were traveling to Las Vegas, Nevada, with her husband and participating in several slot tournaments. She enjoyed reading non-fiction books, listening to the Bible on tape, and knitting shawls and blankets. She was also a fabulous cook who loved making traditional Italian dishes, pasties, cabbage rolls, and desserts. More importantly, she took a great deal of pride in being a Wife, Mother and Grandmother; they were her most cherished roles in life. She was a devout Catholic and lived her faith.