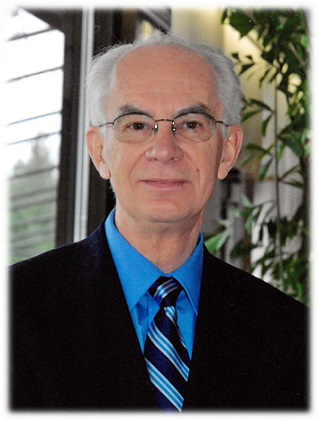 Robert Clark King of Farmington Hills passed peacefully at home with family members on April 6, 2021, at the age of 82, after living many years with dementia caused by Lewy Body Disease.  The only child of Clark and Helene King, Bob grew up in Lorain, Ohio, graduating from Lorain High School, and subsequently attending Otterbein College in Westerville, OH. While attending college, he met and later married Mary.

As a medical technologist and clinical chemist, Bob’s career took him and Mary from the University of Florida in Gainesville, to the State University of New York in Syracuse, and finally to Henry Ford Health System in Detroit where he was the supervisor of the Chemistry Lab in Henry Ford Hospital for 27 years. While at Henry Ford Hospital in the early 1980s, Bob assisted in the implementation of their first automated laboratory result reporting system which helped reduce turnaround time for reporting clinical lab test results. As Henry Ford Health System expanded, Bob was proud to participate in opening Chemistry sections in new laboratories at some of the new HF medical centers in Southeastern Michigan.

Bob was a longtime member of the Masons, and on December 8, 1979, he was installed as Worshipful Master of the Southfield Lodge for 1980. While his condition prevented active participation in his later years, Bob continued to wear his Masonic ring and was delighted when it was recognized when he traveled.

Bob loved his family, travel, and Christmas.  After road trips with family while raising their children, Bob spent time with his 4 grandchildren doing a variety of activities including visiting Greenfield Village, traveling, going out for ice cream, and playing with his trains under the Christmas tree.

Bob also loved collecting antique Christmas ornaments, especially bubble lights and matchless stars. This interest was supported, or fed, by his membership in the international organization, The Golden Glow of Christmas Past. He made many friends through the Glow and always brought home interesting treasures after attending the annual conventions.

Several years after his wife Mary died, Bob married Claudine. Early in their marriage, they had five full size Christmas trees decorated throughout the house, and 9 small trees with bubble lights and matchless stars on top of the piano.

Bob and Claudine continued to travel until Lewy Body interfered with their adventures. Bob enjoyed his first cruise on their honeymoon. Other adventures took them to Hawaii, France where they took the channel tunnel train from Paris to London (from Bob’s bucket list), England to visit Stone Henge (from Claudine’s bucket list), Italy for a Mediterranean cruise with friends, and the Middle East.

Bob was predeceased by his parents, his son Timothy and daughter Alyson, and his first wife Mary. He is survived by his wife, Claudine Heldt-King, son Clark (Natalie), daughter Melanie King Jackson (Brad), and his beloved grandchildren who are now so grown up, Thomas King, Alyssa Weaver (Jacob), Aaron Stierna, and Zachary King Jackson. Bob was very much loved by family and friends, and he is greatly missed.

In lieu of flowers, the family asks you to consider a donation to the charity of your choice, or to one of the following organizations: