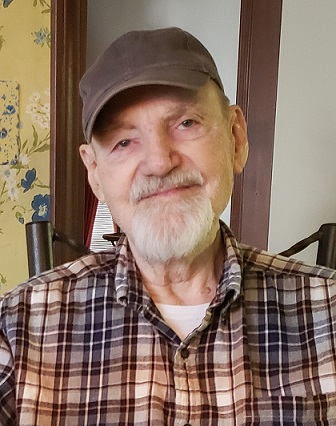 With his father’s career as a civil engineer for the government, the Male family found themselves moving around frequently. They went from Texas, to Maryland, to Florida, to Georgia, over to Louisiana for eight years, and finally, when Leonard was 11, settled in LaGrange, Illinois. He quickly made friends wherever he went and remained active playing hockey, ice skating, and riding his bike through the forests nearby.

Starting high school in Ohio and finishing in San Carlos, California would be a challenge for any student, but Leonard made the most of it as always. He still went fishing with friends and to plenty of parties on the beach. He also worked as an apprentice carpenter until his graduation. From there he enrolled in San Jose State college to study engineering. During that time, he took a summer job in Yellowstone National Park where he experienced some of the most memorable activities and beauty that nature had to offer. With a transfer from San Jose State to the University of Kansas to be closer to his mother, Leonard graduated in 1960 with his civil engineering degree.

Starting his career with Panhandle Eastern Pipeline Company in Kansas City, Leonard took a job assignment in Michigan. On a particular day with plans to catch a Tiger’s game that got rained out, Leonard and his friends decided to go bowling instead. It was there at a bowling alley in Brighton that he would meet Elaine Baprawski, the love of his life. Leonard and Elaine hit it off immediately and were married a short while later on May 4, 1968, at St Patrick’s Church in Brighton. During that time Leonard moved to Michigan and accepted an engineering position with Mobil Oil Corporation. Leonard and Elaine began their journey together, enjoying mutual interests in nature, travel, and being outdoors. Settling in Buffalo Grove, Illinois, and during their 20 years there, they welcomed the birth of their one and only child, Melinda in 1978. In 1990, Leonard was transferred back to Michigan and took an opportunity to retire early from Mobil two years later. After all his years of traveling, he remained a Texan at heart and was always happy to visit back home. He stayed busy working on his real estate properties and relaxed with daily visits to his lake house in Brighton. With a cup of coffee in his hand, Leonard appreciated the nature that surrounded him, along with watching all the birds and wildlife that called his backyard in Plymouth their home.

Leonard was a wonderful husband, father, brother, uncle, and friend who always put his family first. A loving man with a gentle disposition, he truly cared for others. Because he was grateful for all he had in life, Leonard paid it forward, extending his generosity to others. He would do anything to help someone who was down on their luck. Leading by example, he helped others to remain positive and appreciate all the little things in life. Leonard was a breath of fresh air, great company to be around, and always with a great story to share. He had a real love of music and a great sense of humor. He was easy to get along with, and it didn’t take long to know you loved him. Leonard lived his life to the fullest every day, and his memory will forever remain in the hearts of those who had the honor of knowing him.

Leonard was the beloved husband of Elaine. Loving father of Melinda (Doug) Oswandel. Dear brother of Marylynn Eggleston, Richard Male, Virginia Grossmann, and the late Walter Male. Also survived by many nieces and nephews and their extended family members who also loved him very much.

In lieu of flowers, memorial donations in Leonard’s name are appreciated to the Arbor Day Foundation to plant trees.